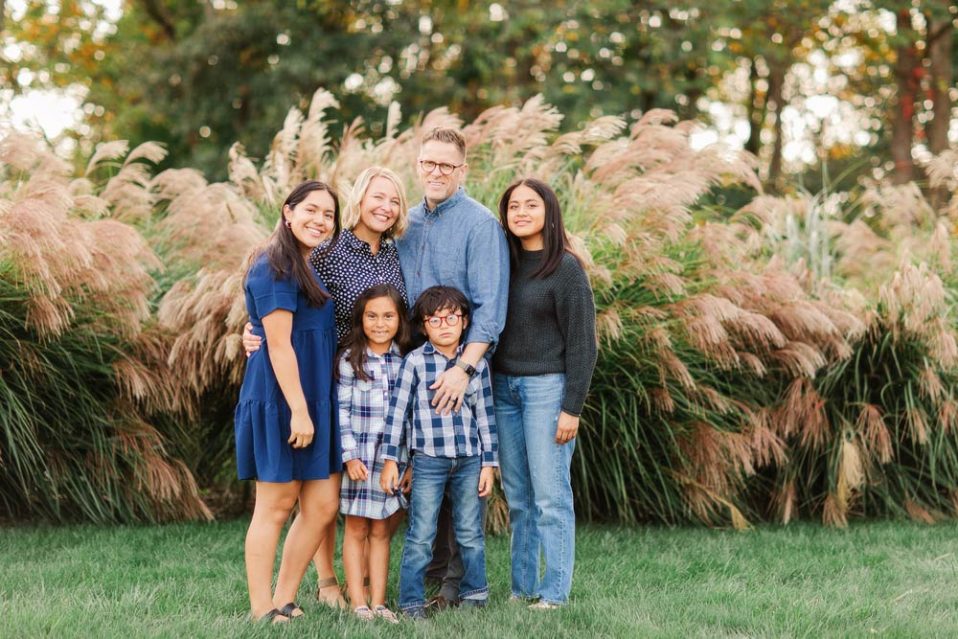 Hi, we are the Hochstetlers. Like all families, the story of how we became a family has a lot of twists and turns. Sherri and I first met in Jr High and ended up married years later! After dealing with infertility, Sherri mentioned the idea of adoption. Like most new ideas presented to me, I met it with all of my heartfelt passion. I guess more accurately, I gave a very passionate no. But something changed in me that evening and the next day, I had a complete change of heart. I had one request, I wanted to adopt siblings. Three years later we adopted Tatiana age six and Katherine age three from Colombia, South America.

Over the next ten years of our life we had more ups and downs than a roller coaster. While Sherri and I had our struggles to work through, we had the unbelievable gift of watching the girls grow from being kids that knew no English to amazing teenagers that could be so incredibly fun and frustrating at the same time. During those ten years we never stopped talking about adding more chaos, errr kids, to the family. But between law school, finances and marriage struggles it began to feel like it was never going to happen. After years of talking, we finally did what all sensible people do in pursuing a dream. We stopped talking about it, threw caution to the wind, and signed up to become foster parents. We first met Hadlee age four and Rio age three at a playground on a Thursday evening. Although we would be the fifth home that these children would ever live in, on that evening we knew they were meant to be in our home forever. So that is the story of how we became a family.

Your ticket for the: Ken & Sherri Hochstetler